Detecting IE6 with jQuery (sort of)

…and not using $.browser.

Okay, so I admit two things. First, I hate MSIE6 with a passion; IE7 isn’t much better; IE8 is an improvement (unless it’s in quirks mode, but let’s not talk about that). Second, I came upon this after my initial searching turned up nothing. Once I got this trick to work, I was convinced this shouldn’t work and that there had to be a better way of doing it. So, I did a little more digging and then stumbled upon the very last response to a similar predicament on Stack Overflow. The poster obviously didn’t check their reply, because two fragments that look like they should have had example code are blank. It’s worth reading, though, and it gave me comfort in knowing that someone else was doing the same naughty things I was!

Either way, it didn’t matter–I figured out a separate way to trick MSIE without having to litter the page with new CSS classes or make any unusual modifications to the DOM. Better yet, my solution gives you some programmatic control. It does rely on a similar trick, however, and should probably be taken with a grain of salt. Of course, there’s about a dozen different ways you could do this, including many more that others have undoubtedly pointed out over the years (the earliest reference I’ve found in my searches goes back to 2008, but good luck finding them through Google).

Obviously, this isn’t the best solution. If you’re having to do weird things specifically to support a browser that is well on its way out of this world, you’re probably doing it wrong. There probably is a better solution (really!), but I can think of a handful of legitimate use cases where some trick like this is a necessity. For instance: Displaying some fancy code for people still running MSIE6 telling them to upgrade. Maybe even displaying a virtual sympathy card for being a corporate user chained to the dark past… :)

This has nothing to do with…

…jQuery? Nope, it doesn’t. I’m aware of that. However, because there are so many similar questions (“how do I detect browser X…”) related to jQuery and very few answers that actually provide a working solution that doesn’t include the deprecated $.browser methods, I figured that it couldn’t hurt to write something that has the words “detect,” “ie6,” and “jQuery” all in the same post title.

No comments.
Tagged as: jQuery, MSIE6, Why God Why
Filed under: Web Development
*** 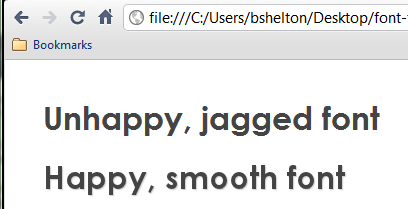 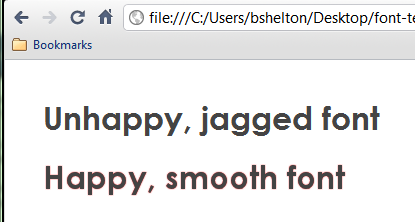 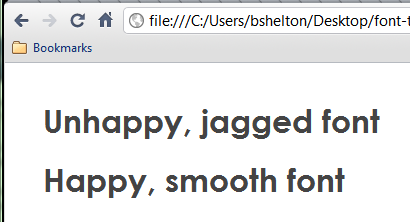 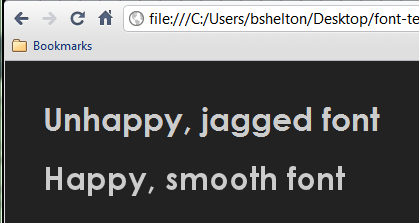 PHP: Things that Annoy Me

It seems that nearly everyone who has dabbled to one extreme or another in PHP has a few gripes related to the language’s ad hoc design. It isn’t a very elegant language, nor is it well-suited to much outside the world of web applications. What it does do it does reasonably well, and its bar of entry is low enough that even novices can have a working site up and running with some dynamic components here and there within a few days of playing with sample code. Unlike more complicated frameworks of the Java, Python, or Ruby worlds, PHP requires little–if any–knowledge of common design patterns and practices. For better or for worse it’s a language that grew out of a set of utilities and still retains much of this feel–and design.

The volume of “PHP annoys me” articles have blossomed tremendously over the years. I think this is partially the result that those of us who essentially “grew up” with the language are now discovering with increasing frustration that the very things which made the language easy to use are what cause it (or more appropriately us) so much grief.

I’d like to contribute a little to beating this particular dead horse. Maybe it’s not quite dead yet.

Ahh, how I could make a Monty Python reference out of that!